In addition to metadata and standardised metadata schemas, research infrastructures can also use other forms of “knowledge representation system” to enhance the researcher’s experience of the interoperable data they present. When we talk about ‘Knowledge Representation Systems’ in research infrastructures, we usually mean a specific category of hierarchical systems of terms known more commonly as an ‘ontology’.  Before the digital age, philosophers referred to an ontology as “the study of the kinds of things that exist”.  Ontologies are similar to taxonomies, another knowledge organisation framework you probably remember from early lessons in biology.

A Golden Retriever is a dog, a dog is a canine etc..  Similar hierarchical thinking underlies a taxonomy as an ontology, although the relationships between the levels tend to be more clear and unique in an ontology.  In either case, the structure allows for a certain amount of reasoning to occur.  I may not have recorded in my data whether a hydra is a plant or an animal, but if I know that it is of the class ‘hydrozoa’, then I can work backwards up the taxonomy to determine its kingdom (animal).

As with metadata and metadata standards, we must remain mindful in using ontologies that we do not use them in ways that overestimate their applicability or underestimate the effect of applying them.  Ontologies are not objects in themselves, they are more like placeholders, or descriptors applied by human agents to specific objects.  These placeholders that make a definite statement regarding the position of an object in the world, and indeed, about the overall structure of that world.  As such, they model intelligent reasoning (I know a hydra is an animal) but only on a fragmentary basis (assuming that we can speak of ‘animals’ as a coherent group). All of this said, ontologies are exceptionally powerful for facilitating efficient computation, most often seen as effective searches where data may not be as well structured or as complete as would be ideal.  The ontology helps us fill in gaps in our knowledge or in our descriptive records, and for that they are a powerful addition to the suite of tools an infrastructure can use to support interoperability.

Simplified view of how to create an ontology

The following examples are based on a (now relatively infamous) exercise on ontology building.  Ontology engineering is a pretty complex discipline, but this will give you some sense of what it is like (and by extension, how it works and what its limitations are).

First of all, ontologies are based on a structure called a “triple.” Triples are like statements of fact, having a ‘subject,’ ‘verb’ and ‘object.’

From this we can also infer: “MozzarellaCheese (S) isToppingof (V) Pizza1 (O)”

This may seem largely the same, but being able to include inverses in our reasoning gives another layer to functionality.  In this way we can start to define the parameters that define pizzas: 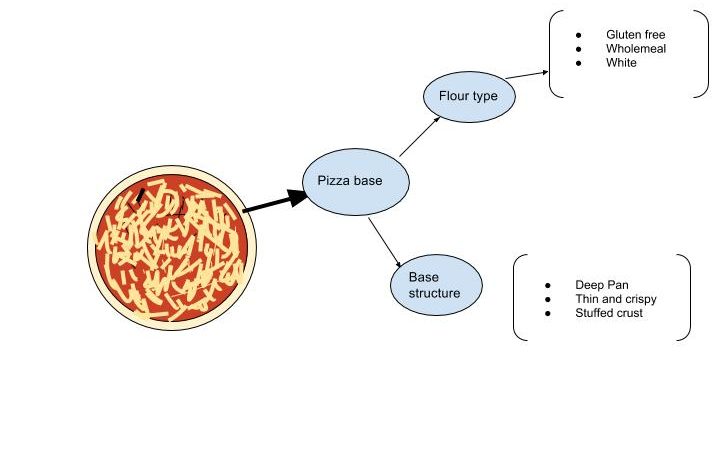 You can see how some of these relationships are assigned in a common ontology editor called Protege in the following image: 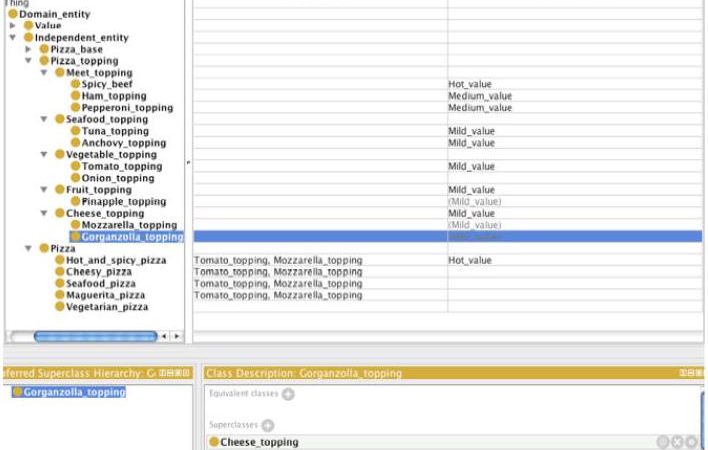 By the time you have finished establishing the full range of categories and properties, you will have something that looks a bit like this: 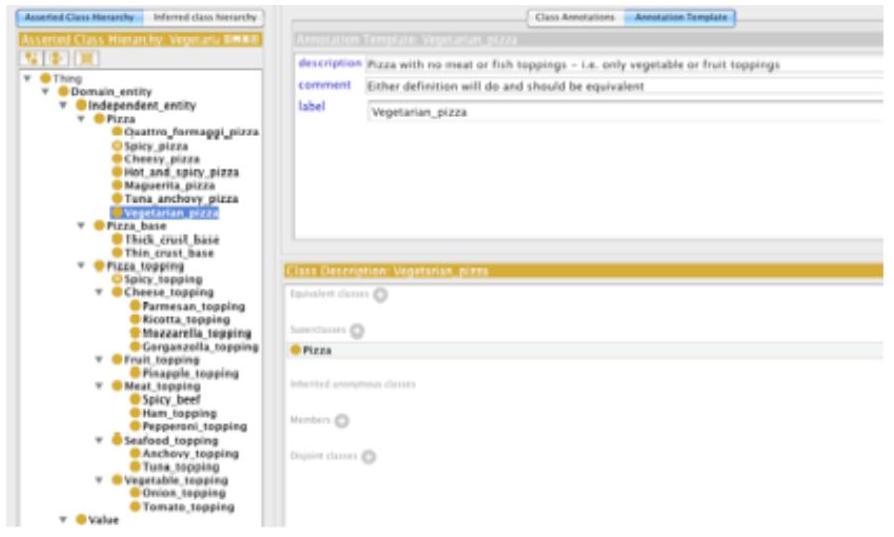 Congratulations!  You have completed the “Interoperability” section!

Your progress through the "Introduction to Research Infrastructures" module